It's estimated that companies spend $4.6 billion annually on CRM implementations. Today, CRM represents the largest category in the tech stack, with $80 billion in annual revenue by 2025.

But, something is still fundamentally wrong. Depending on what research study you use, technology implementations (and especially core apps like the CRM) fail to deliver their intended results 50-70% of the time.

The primary reason for failure? Poor adoption and utilization. Your CRM is only as good as the data it houses, and that is dependent on how it's being used. Over the last two plus years, we've been involved in almost 100 implementations, getting a firsthand seat into the good, the bad and the ugly.

We've implemented CRM in more than 25 industry verticals for companies with as few as 3 salespeople and as many as 350.

We share our latest findings to enable you to unlock the vast potential of your CRM and greater tech stack.

The session is broken into three parts:

We finish with an AMA (ask me anything) about adoption & CRM. 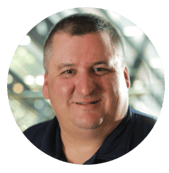 Doug Davidoff is the Founder and CEO of Imagine Business Development. He's directly advised more than a dozen companies who have successfully sold for a combined value of more than $1 billion. For more than 20 years, Doug has been advising small and mid-market companies that are committed to serious growth. He has worked, firsthand, with more than 1,500 companies, so he knows the difference between what works, and what sounds good and doesn't work.